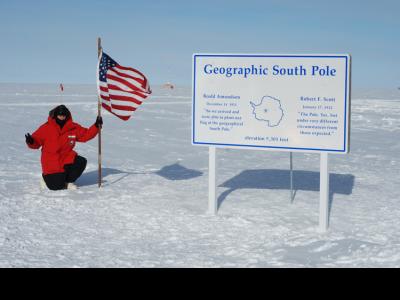 Columbia International University Chaplaincy professor Brian Bohlman sends greetings from the South Pole. In addition to teaching in the CIU Seminary & School of Ministry, Bohlman is a chaplain with the South Carolina Air National Guard.

Bohlman, who is also a CIU alumnus, is wrapping up a three-month military tour in Antarctica where he reported it was 10 degrees and snowing. One of Bohlman’s last acts before leaving Antarctica was to kneel at the South Pole and pray for those who live and work in such a remote part of the world.