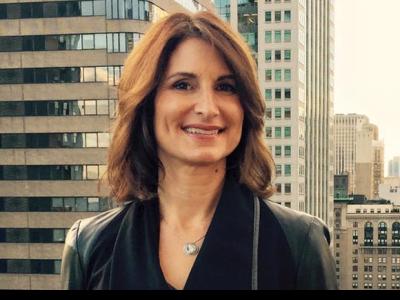 What is the best way to reach your Muslim neighbor? That’s one of the questions that Columbia International University student Shirin Taber discusses in her contribution to the new book, “Islam and North America — Loving our Muslim Neighbors,” published by B&H Publishing.

Taber, an Iranian-American who is enrolled in CIU’s M.A in Muslim Studies program, is the founder and director of the Middle East Women’s Leadership Network and assists multiple organizations in faith-based initiatives, especially those involving women.

Her chapter in the new book is titled, “The Challenges Muslims Face in North America.” She discusses the topic in this Q&A:

How did it come about that you were asked to write a chapter in the book?

I have been working in writing and producing media for the Muslim world since the early 2000s. Since there are very few women from a Muslim heritage able to contribute, I was chosen to write a chapter for the “Islam and North America” book. I also authored the book titled "Muslims Next Door," which thankfully received a lot of academic and media attention. I am grateful that my writing and media work have helped me to expand my visibility and platform as a thought-leader in this space.

Briefly, what are some of the challenges for Muslims in North America?

Since 9–11 many Muslims have faced challenges assimilating into mainstream America. The younger generation particularly have felt marginalized and discriminated against. Some have dug in their heels, aligning themselves with political Islam. Others have tried to operate under the radar. Others are working diligently to create platforms for peace building. It’s vital that Americans, and Christians in particular, continue to reach out to their Muslim neighbors with respect and dignity. We have an amazing opportunity to reach out to the nations and show them the best of American culture and the Christian faith.

What is the best way to engage Muslim neighbors?

The best way to engage Muslims is through genuine friendships. I encourage Christians to get in touch with their fears and prejudices before reaching out to their Muslim neighbors. It’s important to reach out with sincere love, hospitality and integrity. American Muslims want to feel included in everyday life experiences. Like most people, they want to be invited to holiday events, birthday parties, concerts, sporting events and neighborhood gatherings. Recognize that many Muslims have felt burned by the media’s representation of Islamic extremism. Most simply want to live quiet and peaceful lives in our country. Always start with an attitude of friendship rather than an agenda.

What sort of things are they curious about in the lives of North Americans and especially Christians?

Not surprisingly, most Muslims immigrate to the United States and expect Americans to be Christians. So this means that we don’t need to hide our Christian faith. In fact, most Muslims welcome us to express our faith with warmth and hospitality. Many Muslims are curious about Christian practices and traditions in America. This gives believers freedom to reach out and share their lives and faith genuinely.

What in your CIU studies has benefited you in authoring this chapter?

While I have had a lifetime of experience with Muslim people and culture, I am indebted to the CIU faculty for challenging me to go deeper in my study of the Quran, Islamic texts and scholars. My studies and relationships with the CIU faculty have developed in me even more compassion for Muslim people and a desire to represent them accurately. It has also awakened in me a desire to do Ph.D. research focused on the intersection of women’s rights and religious freedom in business economies in the Muslim world. My goal is to help expand women’s religious liberties so that individuals may experience more inclusivity, peace and freedom around the world.

Check out an interview with Shirin Taber on the Rachel Melot podcast here.

Is God leading you to advance your ministry or career? Check out CIU’s online and on-campus undergraduate and graduate programs here.