Doctoral student getting Google results for the gospel 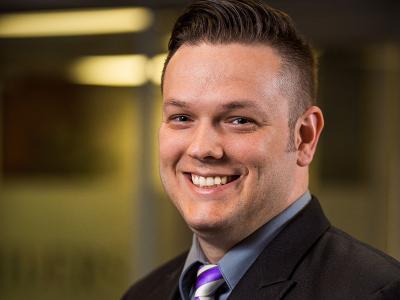 Thompson manages digital strategy and development for The Gospel Coalition (TGC), including its new Essays Project that offers 250 topical theological essays from an evangelical perspective.

Thompson, who earned his Master of Divinity degree from Columbia Biblical Seminary at CIU in 2014, and is currently enrolled in the Seminary’s online Ph.D. in Biblical Studies, says so far over a half-million of the essays have been accessed in what could be called a Google war for biblical truth.

“Our primary goal with these (essays) is to establish ‘the wall of truth,’ ensuring that first-page (Google) results on major doctrines of the Christian faith and aspects of Christian spirituality are entirely coming from sites representing orthodox, evangelical beliefs,” Thompson said.

Thompson is alarmed that when the spiritually curious go online for answers, cult sites such as those from Jehovah’s Witnesses perform well in search results on Google “where everybody goes to ask questions these days.”

“(These essays) will provide valuable resources for the local church, but they also provide a frontline resource that will be hitting a lot of people who are searching topics such as Who is God? and What is the Trinity? — basic Christian doctrine,” Thompson said in an interview from Greenville, South Carolina where he also serves as a pastor at The Church at Cherrydale. “Our desire is to provide hope for the searching — biblical answers for those turning to Google for their spiritual questions.”

And Thompson notes that while there was a time when a young person may have sought out a parent, pastor or teacher to ask the deeper questions of life and eternity, they now pick up their iPhone and ask Siri.

“The way they go to get questions answered … they pull out their mobile device and they get an answer there,” Thompson explained. “We’re going to use the opportunities that we have to put the gospel in front of as many people as we can.”

Meanwhile, Thompson is also lead editor of a Gospel Coalition Bible commentary that will be immediately translatable to other languages without the barriers of copyrights and standard permissions, providing pastors around the world with a free, modern commentary series.

He credits the example of his CIU professors and the school’s core value of Evangelical Unity in assisting him in his work with TGC.

“When it came to fellowship and cooperation for the sake of the gospel, they set aside peripheral doctrines … it was incredibly valuable for me in terms of what I’m doing now.”