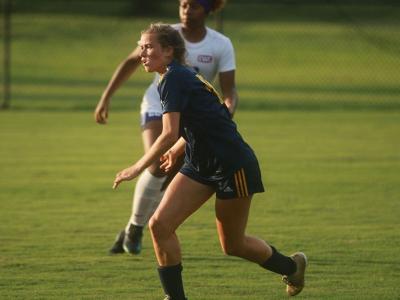 When Tara Collins stepped onto CIU’s Sessions Field on Aug. 25 for the first women’s soccer match of the season, she had no idea her name would be broadcast on ESPN.

With 25:00 minutes remaining in the first half and the Rams up 1-0 over Edward Waters, Collins fired a shot from the far left side of the field. The ball tracked high arching over Collins' opponent's heads, slammed off the right post, and careened into the back of the net for perhaps the most spectacular goal in CIU women's soccer history.

News of the goal traveled fast, and sports broadcasting giant ESPN picked up the clip. ESPN broadcast the clip several times throughout the evening and the next day as Collins' goal was featured on SportsCenter's Top 10 as the #3 play in the world that day. The Rams won the match 5-1. See the shot and read more about the victory on the CIU Rams website.