Columbia International University Counseling professors, Dr. Steve Johnson and Dr. Seth Scott have entered into a national discussion within Christian counseling on whether empathy is sin.

The debate has resurfaced this year after a 2019 “Man Rampant” podcast titled, “The Sin of Empathy” by pastors Doug Wilson and Joe Rigney who discussed empathy vs. sympathy and how those words relate to current cultural disagreements.

In a video posted on YouTube, Johnson and Scott say they believe that empathy is not a sin, but a virtue that Jesus displayed.

While Scott admits that empathy is a modern term that didn’t exist in Bible times, he said Jesus exhibited sympathy, empathy and compassion.

“Jesus frequently shifted along that continuum from sympathy, empathy, to compassion, in a regular response,” Scott said.

Watch the video “Is Empathy Sin?” with CIU Professors Steve Johnson and Seth Scott on YouTube.

Learn from professors such as Drs. Johnson and Scott when you become a student at CIU where record enrollment has continued for five years straight years. Find out more! Request information on enrollment at CIU and Columbia Biblical Seminary or call (800) 777-2227, ext. 5024. 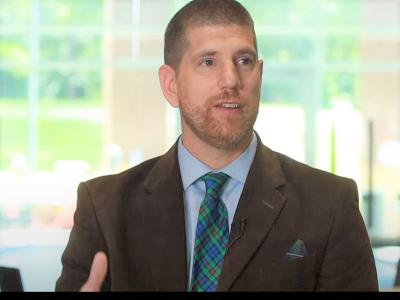