A member of the Columbia International University Rams national championship women’s volleyball team arrived home for the Christmas holidays with “an armload of ribbons, medals and plaques.” And the local newspaper took notice.

Kira Rymer is back in China Grove, North Carolina where the Salisbury Post reported on Rymer’s contributions to CIU’s volleyball program, including being named first team NCCAA (National Christian College Athletic Association) All-American and earning the team award for character.

“Volleyball is just part of college life,” she told the newspaper about why she chose CIU. “I wanted to find the right fit socially and academically, and I wouldn’t change my decision. It was a great decision. I believe God led me to Columbia International.” 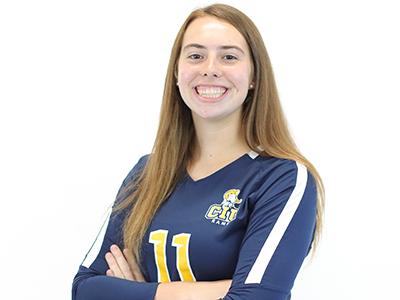