It has been quite the season for Columbia International University's women's volleyball team. Still, everything that has happened so far this year pales in comparison to the Ram's first-ever National Christian College Athletic Association (NCCAA) Division I Women's Volleyball National Championship, defeating Mid-America University (Okla.) in straight sets, 3-0 (25-23, 26-24, 25-20). Prior to the Ram's win over Mid-America, CIU took down Judson University (Ill.) 3-0 (25-19, 25-22, 25-13) in the national semifinal.

Coach Amber Haver was rewarded for leading her team to unprecedented success as the fourth-year coach was named the NCCAA Division I Women's Volleyball Coach of the Year.

"I couldn't be prouder of this group,” Haver said after the championship game. “When I recruited each of them, I told them, the plan was to win a National Championship before they graduated. I am glad they trusted me and trusted the process. The hard work and discipline paid off."

The national championship is CIU athletics second in just seven months as CIU baseball won their first-ever NCCAA National Championship in May. 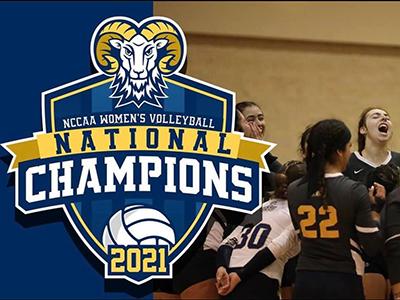