The schools feature a biblical worldview with high expectations for academics

Columbia International University alumnus Dr. Thomas Burkett will not accept mediocrity at the Christian schools he and his wife founded in Central Virginia in 2002.

Burkett has the distinction of being the first to earn a Ph.D. in Educational Leadership from CIU in 2008, taking four years of intensive on-campus courses over the summers while Banner Christian School was beginning to grow in Chesterfield, Virginia.

“A lot of Christian schools get a bad reputation because they’ve earned it,” Burkett flatly stated in a phone interview. “They say we teach about Jesus so it’s OK to be mediocre in other areas.”

Instead, Burkett says if a school has Christ in its name, it needs to fully glorify Him and be “highly academic.”

“We tell students all the time we want you to do your best not because it’ll get you into a good college or get you a good job, but (because) that’s what God expects of us.”

THE BEGINNINGS OF BANNER CHRISTIAN SCHOOL

When Burkett began working on his Ph.D., he already had a bachelor’s degree in Sport Management and master’s degree in Business Administration.

“I realized pretty quickly I needed an Education degree,” said Burkett, who was then serving as Banner’s administrator and his mother, who had been in Christian education for 30 years, came out of retirement to be head of school. But over the last two decades, a lot has changed.

Banner Christian school has graduated nearly 300 students and now has two locations with plans for more. In Chesterfield, the PreK-12th grade school, which has been renting facilities, will begin the fall semester on its own campus — three new buildings on 123 acres. A K-11th grade school in Culpepper is currently renting church facilities with plans to add 12th grade in 2023 and move to its own campus in about two years. A third school in Hanover is on hold until the U.S. economy strengthens, with a fourth Central Virginia school location under discussion.

All this progress makes Burkett, who is now head of school, grateful for what he learned about time management and organization as he earned his Ph.D.

“While working full time and trying to do the Ph.D., I learned very quickly how to organize things, and make sure you’ve met schedules and deadlines,” Burkett said. “I think that has carried over pretty significantly into my role as head of school.”

What does that mean practically?

“We want to make sure that we return phone calls quickly, we answer emails appropriately, that the customers — which are our families — that we are attentive to their needs and their children’s needs,” Burkett said.

Banner Christian School describes itself is a discipleship school with a “desire is to serve Christian families by providing them an opportunity to train their children to think biblically and gain a solid foundation in Truth.”

So, what does it mean to “think biblically” at Banner Christian School?

“It’s worldview training,” Burkett said. “(The students) have a daily belief system whether they understand that or not. They believe in something and they act accordingly. Our desire is to be able to help them integrate their worldview into a biblical model.”

Burkett says that in addition to daily Bible classes at every level, teachers are required to provide lesson plans that include not only an academic requirement, but biblical truths that match the lesson that they’re teaching that day.

“We want students to understand that you don’t compartmentalize your belief system,” Burkett said. “We’re going to perform to honor the Lord. We call it an act of worship — doing well in the classroom, doing well on the sports field or court, in theatre or drama, or singing — any of those are acts of worship, and we’re to do them to the very best of our ability.”

Assisting Burkett in communicating that message are a couple of other CIU alumni. Longtime Banner Christian teacher Pamela Arnold earned her Master of Education in 2008, as did the new principal of the Culpepper location, Mike Owings.

When asked what sends Burkett to his knees in prayer, he doesn’t hesitate with his answer: “Where our society is and what (children) are being taught.”

“It was one of the reasons my wife and I started the school,” Burkett said. “At some point, even if we can incubate these kids in this environment, they are going to be exposed as they move on to college and into the workforce. How do they respond to that? It is extremely challenging to think they are going to get exposed to … deciphering whether someone is a boy or a girl.

That is the thing that is most challenging in my world. How do we combat such evil that permeates our society on a daily basis? The kids are being inundated with it. That’s why we teach from a biblical worldview.”

How will a Ph.D. in Educational Leadership assist in your career or ministry? Find out more. Apply now or request information on enrollment by contacting Admissions at (803) 807-5024 or admissions@ciu.edu. 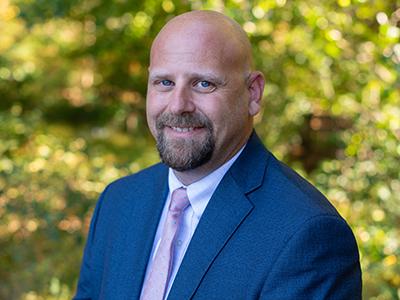