Alumni of the Year Announced at CIU Homecoming 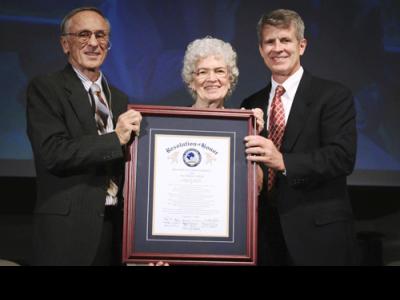 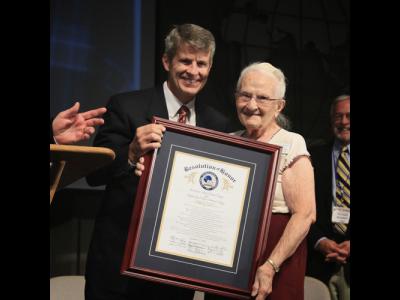 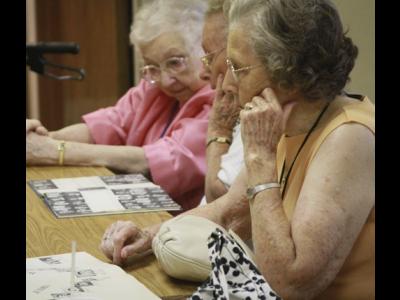 Two couples who served for decades in remote areas at "the ends of the earth" are the 2010 Alumni of the Year at Columbia International University.

Cash ('57) and Ann ('58) Godbold lived for over 30 years in the Sahara Desert of Niger working with the Tuareg people. Their love for the Tuareg was obvious in their adaptation to the Tuareg ways, dress, food, and customs. Their continuing work, even in retirement, is a strong testimony to the missionary call, and to the Lord's power and grace in their lives. Each of their three married children attended CIU and has served on the African mission field.

Alfred ('64) and Joy Alegria Turner Tuggy ('43, '64) served as missionaries for 54 years with the Orinoco River Mission in eastern Venezuela while raising nine children, all who love the Lord and attended CIU. When they returned to the United States in retirement, they continued their mission work as Alfred wrote a variety of Greek/Spanish reference works. Joy describes herself as a Christian first, then a wife, next a mother, then a missionary, finally a housewife. Alfred and Joy lived over 60 years in godly marriage and family faithfulness until God called Alfred Home on March 22, 2007.

The couples were honored during a CIU Chapel service as Homecoming 2010 got underway. The Chapel was broadcast live over the Internet, giving alumni around the world who would normally not be able to attend Homecoming, the opportunity to get a feel of what it's like to be back at their alma mater.

The theme for Homecoming 2010 was "From Here to Everywhere." It included the use of cutting-edge technology linking old classmates through "Virtual Class Reunions."

There are over 17,000 CIU alumni investing in people groups in nearly 150 countries.