Become “the bearer of the presence of God” in the military 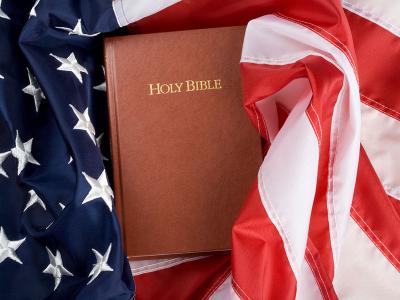 In the heat of battle, it is comforting to have “the bearer of the presence of God” nearby.

“The bearer of the presence of God.” That’s how Columbia International University Chaplaincy Professor Dr. Mike Langston describes his role. Langston is a former U.S. Navy chaplain who has been ministering for over three decades in various chaplaincy capacities.

When it comes to military chaplains, Langston describes them as ordained clergy whose “congregation” includes military personnel, their families and civilian military employees who call on the services of the chaplain in a variety of settings most anywhere in the world.

“A Christian military chaplain might have the opportunity to be the chapel pastor at an overseas chapel somewhere in the world like Keflavik, Iceland or Misawa, Japan or Stuttgart, Germany, Northwest Territory, Australia or other places around the world where they might be deployed,” Langston said. “When issues of spirituality come up, they are able to speak spiritual truths into those men and women’s lives bearing the presence of God.”

Langston says that if you are interested in military chaplaincy, the first step after obtaining a bachelor’s degree, is earning a Master of Divinity degree such as the 72-hour program in Chaplaincy offered by Columbia Biblical Seminary at CIU.

“From there, you will need to align with a denominational endorsing agent and be certified via that denomination,” Langston explained. “Then you move on to ordination, and after ordination, you have to meet certain requirements such as time in ministry. Additionally, two years of ministry experience in the local church is required before the chaplain moves on to active duty.”

Learn more about the Master of Divinity in Chaplaincy in this interview with Dr. Mike Langston.