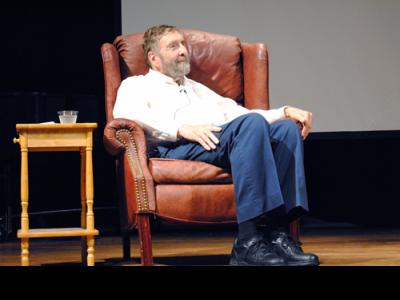 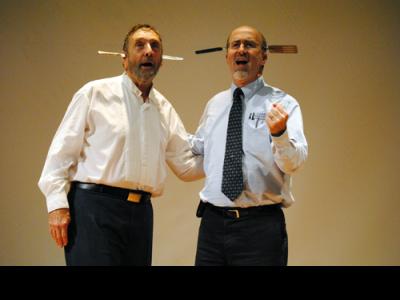 Dr. Jack Layman, an esteemed professor at Columbia International University, was sent off to retirement with a “roast.”

Layman is retiring after 29 years of teaching at CIU, and 14 years as a teacher and administrator at Ben Lippen School, a Pre-K to 12thgrade ministry of CIU.

CIU Associate Provost Dr. Bryan Beyer and a panel of four student leaders roasted Layman onstage in Hoke auditorium, which was filled almost to capacity by students, friends, and family of Layman. Attendees traveled from as far as Vancouver to attend the event. Even Robertson McQuilkin, the third president of CIU, was on hand.  The panel of students was made up of representatives from CIU’s student newspaper “Pilgrim’s Protest” and the student publication “Credo.”  Beyer and the panel took turns recounting stories and making jokes, all at Layman’s expense.

Some roast material included jabs at Layman’s age.  Student Josh Cornelissen made references to Layman’s involvement in such events as the Renaissance and the Civil War.

Layman was not without defense; he was given a chance for rebuttal afterward.

Layman concluded with a testament to God’s love toward him: “I’m a trophy of God’s grace, not of anything I’ve done.”

“It was a tribute worthy of Dr. Layman,” CIU Professor Dr. John Crutchfield said afterward. “It was in the style that he would prefer.”

“It was a good sendoff for him,” student Jacob Tedder said. “It was good to see him have fun.”