CIU alumni create music “together” in an era of Social Distancing 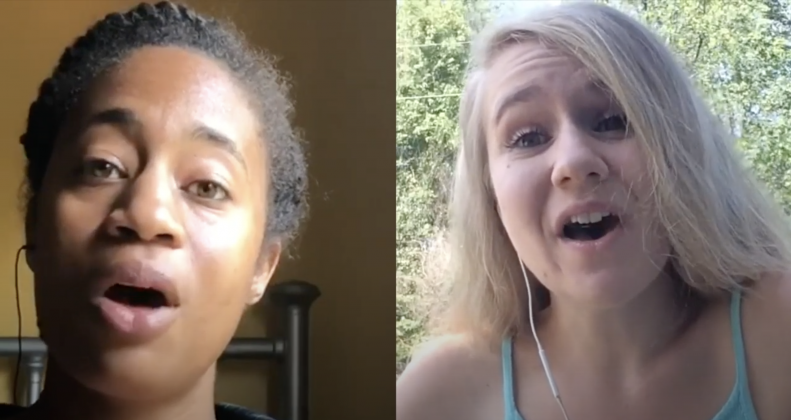 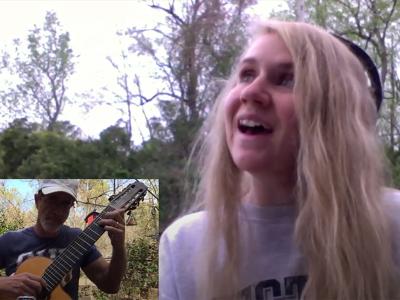 The director of the Music Program at Columbia International University has teamed up with CIU alumni to make music online — while miles apart — during the coronavirus pandemic.

Just before Easter, Dr. Rod Lewis dedicated about 60 hours to writing and arranging new music for Holy Week that included collaboration with CIU alumni who recorded their parts while listening to Lewis’ guitar accompaniment.

“There was a completely new musical creativity, and that was a great thing,” Lewis said in a phone interview.

One of the first to make a virtual recording with Lewis for his Holy Week music was 2016 graduate Courtney Reasoner, an actress with Children’s Theatre of Charlotte in North Carolina.

“I recorded the guitar with video and emailed it to her, and then she sang it with headphones on.” Lewis explained. “She just sang into her cell phone and made a video of her doing that, and sent it back, and I just mashed them together in a video where both of us are together.

Lewis did a good job of “mashing,” as the video production is of excellent quality. Listen to “Sanctus et Benedictus,”  “Wilt Thou Forgive That Sin?” and “Ah, Holy Jesus.”

Joining Reasoner in a duet on “Sanctus et Benedictus for Easter Morning” was 2017 alumna Alyssa Stewart.

For a more challenging production, Lewis was joined by his son, Jack Lewis, a 2015 graduate who plays the fiddle, and vocalist Abby Bruce from the Class of 2013, performing the Jon Foreman song, “House of God Forever.” It went viral, getting about 4,000 YouTube views in 24 hours.

Others appearing in the videos are 2013 alumna and pianist Annie (Rae) Mahaffey, and Lewis’ son, Will Lewis, on percussion.

While Professor Lewis enjoyed the challenge of virtual performances, he says music is meant to be social — performed with, and for others, in person.

“It doesn’t translate to isolation very well,” Lewis said. “Its nature has to be changed for that to happen.”

And he hopes that once the pandemic fades away, so will virtual music communities.

“We’ve found a way to create a virtual community,” Lewis added. “If any of us think that is the new way to do (music) — virtually —then we’re missing out on a very important part of why music exists.”

BestColleges.com ranks Columbia International University the 2020 Best Online College in South Carolina, and CIU is #2 in the state for Best College Campus. CIU also consistently ranks among the Top Regional Universities in the South by U.S. News & World Report. Excitement is growing on campus with increased enrollment and new academic programs. Request information on enrollment at CIU and Columbia Biblical Seminary or call (800) 777-2227, ext. 5024.