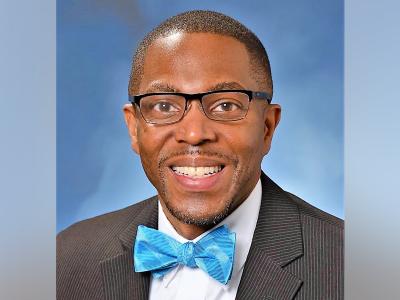 A Columbia International University alumnus is taking on an influential leadership role in the Aiken County, South Carolina school district.

Eric Jeffcoat is the new elementary school executive director for the district. In his new position he will work with principals across the district helping them to improve their skills and be more effective in their schools. He most recently served as the principal at Hammond Hill Elementary School in Aiken County.

“I’m very excited about this new opportunity and I’m ready to get started,” Jeffcoat said. “When I left the classroom and decided to go into administration, it was because I knew I could have a greater influence on an entire school.”

Jeffcoat feels his experience will serve him well in his new position.

“I will be able to listen to the needs of the principals and at times help them understand the perspective of the whole school district because as principals we are focused on our buildings and families, as we should be, but at times we need to step outside of our school and see what is taking place across the entire school district,” Jeffcoat said. “Having 15 years of experience as a principal and having served in schools with very high poverty to low poverty will also help me better serve our principals here in Aiken County.”

At CIU, Jeffcoat earned a Bachelor of Arts degree in Bible and Pastoral Ministries in 1994, and a Master of Arts in Teaching in 2001.