CIU alumnus takes his talents to the professional theatre 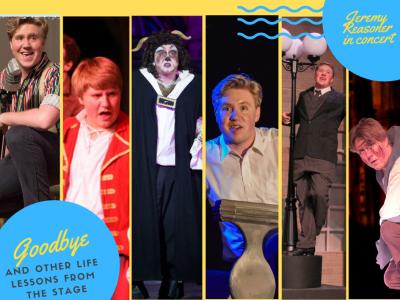 After years of performing as an amateur at Columbia’s Town Theatre, Columbia International University 2015 alumnus Jeremy Reasoner is moving on to professional theatre.

Beginning this summer, Reasoner will take the stage at the Peach State Summer Theatre in Valdosta, Georgia in classic plays and musicals such as “Little Women” where he’ll play the part of Laurie Laurence, the rich boy next door.

Reasoner, who majored in Music, got his start on the stage of CIU’s Hoke Auditorium with the CIU Players, now called the CIU Thespians. He credits Music Program Director Dr. Rod Lewis for “a huge impact on my wanting to use my gifts and talents in a way that can be a proclamation of God’s image.”

“In my time at CIU there were definitely impactful moments in my pursuit of a performance career,” Reasoner said. “My first performance in a musical ever was at CIU. My sister talked me into auditioning and I fell in love with it.”

His sister is 2016 CIU graduate Courtney Reasoner, who has also performed in the Columbia area.

Courtney and other CIU alumni thespians will join Jeremy on the stage of the Town Theatre one more time on April 27 for his last Columbia performance, “Goodbye and Other Life Lessons from the Stage.” He’ll be featuring scenes and music from his favorites such as “West Side Story,” “Beauty and the Beast,” “The Hunchback of Notre Dame” and “My Fair Lady.”

As for future endeavors after this summer, Jeremy Reasoner says he is taking things one day at a time.

“I’m on the lookout for auditions whether it’s for Disney, Broadway or elsewhere,” Reasoner said. “I’m trying to trust in God’s guidance and strength using the abilities that are gifts of grace from Him.”

Information on “Goodbye” is available from the Town Theatre.