CIU Custodian to be Honored for 50 Years of Service 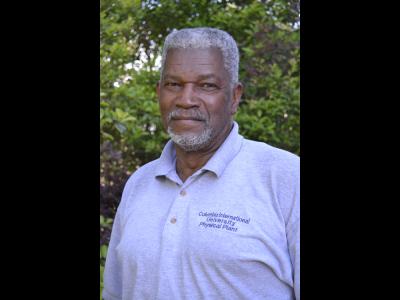 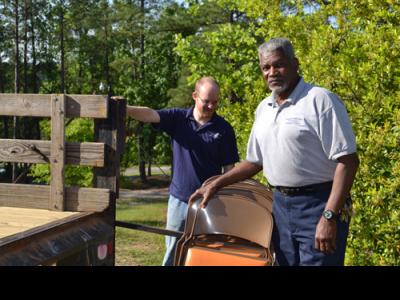 In 1962, Columbia International University, then called Columbia Bible College, needed help moving the campus from downtown Columbia, to its new location on Monticello Road.  They hired 18-year-old Lee Morris as a temporary worker.  Soon after, he was offered a full-time position.  Morris has been employed at CIU ever since.

On May 1, CIU will honor Morris for 50 years of service during a faculty/staff recognition Chapel at 10:50 a.m. in Shortess Chapel.

In his half century at CIU, Morris has served as a custodian and custodial supervisor.  He has seen more changes at CIU than any other employee.  It’s estimated that he has driven onto International Boulevard, the entrance to the CIU campus, over 12,000 times.  On his first trips on the boulevard, Morris saw dirt instead of today’s lush, grassy median.  When Morris started, CIU had no library and no student center.  As a matter of fact, most of the buildings on the CIU campus today did not exist in 1962, including Ben Lippen School.  In 1962, Ben Lippen was still in its original location in Asheville, N.C.

CIU Director of Facilities Bob Register, who estimates that Morris has attended over 7,000 CIU Chapel services, says Morris exemplifies the Christian work ethic to his co-workers and CIU students.

“Lee Morris has been a faithful, trustworthy follower of the Lord, no matter what,” Register said.

“I have worked with Lee for over 20 years, and no matter what the situation, his attitude has been, ‘OK, this is what we have been asked to do, what will be the best way to get it done?’”

Morris will also be honored May 1with a luncheon and dessert reception attended by CIU faculty and staff.

Morris is best known around campus as “Lee Senior.”  His son, Lee Morris Jr. has been working alongside his father in the CIU Physical Plant since 1990.