CIU to Participate in Global Conversation on World Evangelization 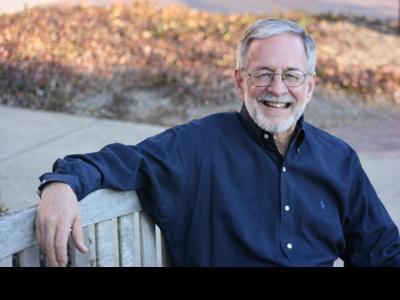 Two Columbia International University educators will be among the 4,000 evangelical leaders from more than 200 countries participating in a major conference on world evangelization this month in Cape Town, South Africa.

CIU Chancellor Dr. George Murray and Professor Dr. Bill Larkin of CIU Seminary & School of Missions are among 400 North American delegates at Cape Town 2010: The Third Lausanne Congress on World Evangelization, Oct. 16-25. Also invited to attend are six CIU students. The event can be viewed at GlobaLink sites around the world, including CIU.

The history of the Lausanne movement goes back to 1966 when evangelist Billy Graham teamed up with "Christianity Today" magazine to sponsor the World Congress on Evangelism in Berlin. In 1974, a call for a similar gathering drew 2,700 participants from over 150 nations to Lausanne in the Swiss Alps for 10 days of discussion, fellowship, worship and prayer. The Congress achieved an unprecedented diversity of nationalities, ethnicities, ages, occupations and denominational affiliations.

The GlobaLink at CIU will be in the Schuster Building Oct. 22-25 and will include a combination of videos from Cape Town, small group discussion and live interaction with the CIU faculty and students in South Africa. Among the critical issues to be discussed are other world faiths, poverty, HIV/AIDS, and persecution. The GlobaLink at CIU is free and open to the public. Normal tuition fees will apply for students who are attending the event as a class.

CIU Chancellor George Murray says the Congress is not just for missionaries, but for anyone who is interested in world evangelization.

"You may be a lay person, you may be a pastor, you may be on staff at your local church, you may be a parachurch worker," Murray said. "But the thing we'll have in common is the desire to reach the entire world with the gospel of Jesus Christ, and the Lausanne Congress is the place to do it."

For more information on the CIU GlobaLink to Cape Town 2010: The Third Lausanne Congress on World Evangelization, go to: http://lausanne3.posterous.com/. The home page for the Congress is at: https://www.lausanne.org/cape-town-2010.