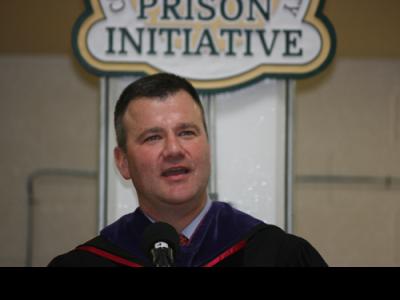 The former director of the South Carolina Department of Corrections joined the president of Columbia International University for a television interview to talk about the impact of the CIU Prison Initiative.

During his eight years as the corrections director, Jon Ozmint worked with CIU and its president Dr. Bill Jones to develop the Initiative that trains qualified inmates to be a positive influence throughout the prison system under the guidance of prison chaplains. Prison Initiative student-inmates earn an accredited Associate of Arts degree from CIU, and then are assigned as chaplain's assistants.

Ozmint and Jones appeared on "Awareness," a public affairs program produced by WIS TV in Columbia.  To view the program go to WIS TV.