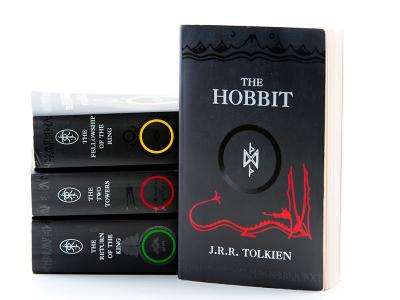 In the first Tolkien Talk, Baarendse discussed Tolkien’s two great public lectures; “Beowulf: The Monsters and the Critics” and “On Fairy-Stories,” highlighting the importance of sub-creation as a form of worshipping God. He further spoke on the beautiful courage of fighting the long defeat of inevitable evil in the world. He closed out the talk on the deeper joy that lifts the heart and heralds the gospel.

“The consolation of fairy-stories, the joy of the happy ending, or more correctly the good catastrophe, the sudden joyous turn is a sudden and miraculous grace,” Baarendse said. “It denies, in the face of much evidence if you will, universal final defeat and in so far as evangelism, giving a fleeting glimpse of joy — joy beyond the walls of the world, poignant as grief.”

In the second Tolkien Talk, the panelists discussed the impact of “The Lord of the Rings” on their lives, their favorite quotes from the novel, as well as highlighting their favorite Tolkien character.

Crutchfield spoke on the intrinsic beauty of the Hobbits and how the book presents intrinsic values which we can bring from the pages and into our world as readers, enjoying both fellowship and the beauty of the world around us.

Noonan presented the comfort found in the moments of rest in Lord of the Rings, as well as the importance of Samwise Gamgee’s faithfulness to the ring’s destruction.

Christensen highlighted the biblical similarities between Faramir and King David. The two are both warriors, but also lovers of music, art and poetry. He pointed out that Boromir is similar to Joab in his love for war. Ultimately, Christensen pointed out that while there are many battles, the emphasis in the book is loving what is worth waging war over rather than loving war itself.

Baarendse closed out the discussion by speaking on the redemption of Boromir, who ultimately is deemed a conqueror of his own sin through repentance.