CIU student: How do we respond biblically to the refugee crisis? 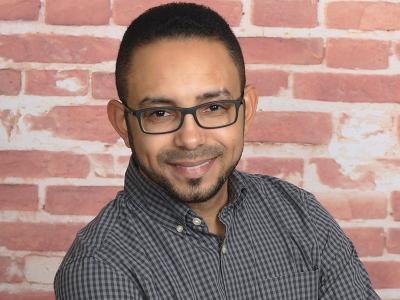 A Columbia International University student is asking the question: How can we ignore the suffering of men, women, and children who are forcibly displaced worldwide?

Jairo de Oliveira is an ordained minister from Rio de Janeiro and a Ph.D. candidate in Intercultural Studies at CIU. He says the world has a migration crisis that affects nearly 80 million people and represents a humanitarian catastrophe.

Jairo, who is based in the Middle East where he works with refugees from various nations, says the church has a great opportunity for refugee ministry. He has written about it in his new book published by Wipf and Stock titled, “Changing Stories - Responding to the Refugee Crisis Based on Biblical Theory and Practice.”

Jairo discusses his book and ministry in the following Q&A:

When and why did you first become interested in the refugee crisis?

My eyes opened to refugees in 1996. At that time, a civil war was devastating Angola, and many refugees were escaping to South Africa. I was only 17 years old, but I felt called by God to respond to that challenge. As a consequence, I moved from Brazil to South Africa to engage the refugees. Since then, I have been working with refugees in different contexts. Besides my South Africa experience, I have served among refugees in Kenya, Sudan, the United States and Jordan.

Based on God’s love expressed in the Bible for the alien, I have always felt compelled to serve people who were forced out of their homes, lost almost everything, and are trying to rebuild their lives in a strange land. I firmly believe that we need to consider refugees as we join God in His mission to the world today.

What areas of the Bible do you draw from for theory and practice of refugee ministry?

The Bible presents a God who loves the foreigners and is sincerely concerned about caring for them. Therefore, the Scripture is filled with practical examples of how God’s people need to deal with the foreigners living in their midst.

Since the Bible puts theory and practice side by side when teaching us to care for the foreigners, we need to keep these two realities in mind as we consider refugee ministry in our days.

How has your CIU education assisted you in preparation for this ministry?

In 2016, I came with my family from Kenya to the United States to study at CIU. A few months after we arrived in Columbia, my wife, Vania, and I got in touch with a group of Muslim refugees through our local church, Arsenal Hill Presbyterian Church. I was doing a MA in Muslim Studies, and we started working with them in an attempt to combine academic studies and ministry experience. As a result of that, my studies became very practical. All that I was learning in the classroom were helping me in my work. Also, everything that I was learning in my interactions with the refugees was contributing to my studies. Because studies and work were tight together, along the way, I decided to do a second master’s degree at CIU, this one in Teaching English as a Foreign Language (TEFL). It made a lot of sense because I started teaching English to the refugees and wanted to do it well. The Lord is now using the ministry experience in Columbia and education at CIU to open many doors for our current work in the Middle East.

Where is your base of refugee ministry today? / Do you work alongside particular organizations?

I am based in the Middle East. In my working context, we have the second-highest share of refugees per capita in the world. So, there are many opportunities to serve refugees from countries such as Syria, Iraq, Yemen, Sudan and Somalia.

How can churches become involved in refugee ministry?

Since the 1970s, the United States has been the global leader in resettling refugees. Therefore, refugees have been living in our midst for quite a while. In fact, some of them are our next door neighbors. We can start getting involved with them in our neighborhoods, doing simple things like talking to them, showing kindness and building friendships.

Also, churches can do many practical actions to become involved in refugee ministry, such as teaching English, tutoring, providing transportation, introducing life in the city, explaining aspects of the local culture, making appointments, and so on.

In “Changing Stories,” I present a descriptive refugee ministry model based on the work conducted by Arsenal Hill Presbyterian Church. I do not propose a refugee ministry model to be seen as prescriptive but as descriptive. My purpose is not to offer my readers a set of formulas or a recipe to follow. Instead, I want to help them reflect on this learning experience and prayerfully consider how some of its characteristics can be translated into their own context of engagement with refugees.

Is it possible to plant churches among refugees?

The kingdom of God is growing worldwide among displaced people and through refugees. In some cases, God is using his people to plant churches among refugees. In other cases, God is using born-again refugees to revive churches. Across the world, there are many examples of growing numbers of refugees meeting regularly to worship Jesus. In Germany, at Trinity Church in Berlin, in a period of two years, the congregation grew from 150 to 700 members. The majority of this growth is due to Muslims from Iran and Afghanistan coming to faith in Christ. The same phenomenon is happening in the United Kingdom at Liverpool’s Anglican Cathedral, where a weekly Persian service attracts between 100 and 140 people from Iran, Afghanistan and elsewhere in Central Asia.

The current migration crisis is happening by God’s permission and in harmony with the fulfillment of His kingdom purposes.

Some in host countries grow weary of long-term refugees in their country. How do you respond to that?

Fortunately, loving our country and the aliens residing in our midst are not a paradox. It is inspiring that, in the Old Testament, God gave a land to His people and asked them to care for their foreigners.

Today, more than in any other time in history, relating to refugees is an unavoidable reality. We cannot stop the movement of nearly 80 million people going in every direction across the globe. As we reflect on this scenario, we need to realize that the current human displacement offers us unprecedented access opportunities to people groups that are now present on our soil. This circumstance allows us to reach the world and proclaim the good news to the people who God has purposely brought from far and wide to become our new neighbors.

“Changing Stories” is a result of my master’s thesis, which was done under Dr. David Cashin’s supervision. It became a book two semesters later and was published recently by WIPF & STOCK. Based on this experience, I encourage CIU students to consider publishing their academic research. We should not keep silent about what we are learning in our academic journey. We need to share our stories, experiences, discoveries, and ministry attempts. We need to be good stewards of the knowledge the Lord is giving us and voice it to the whole world.

Where will a Ph.D. in Intercultural Studies take you? With record enrollment in 2020, CIU consistently ranks among the Top Regional Universities in the South by U.S. News & World Report, as well as a Best Value Regional University in the South. Request information on enrollment at CIU and Columbia Biblical Seminary at (800) 777-2227, ext. 5024 or www.ciu.edu.