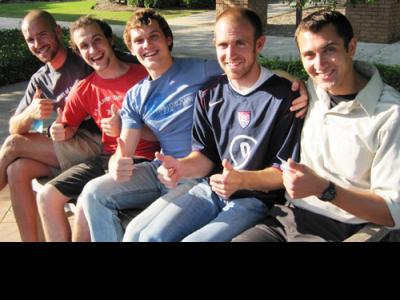 A 1,800 mile summer bicycling tour along the East Coast by five young men will focus on 1More. The idea is not to just peddle 1More mile from Florida to Maine, but it's an opportunity to touch 1More life.

The goal of the tour is to recruit 1More student for CIU, reconnect with 1More CIU alumnus and share God's love and forgiveness with 1More person. Densky, a student in CIU Seminary & School of Missions, says he and his fellow bicyclists will make stops in cities along the way to speak in churches and in the homes of CIU alumni.

"Our hope is that the people we meet will be curious about our trip, and will want to know about CIU and why it's different," Densky said. "Plus we want people to know Christ. CIU's motto is to know Him and to make Him known."

The men will post Internet videos, photos, journal entries and updates on their whereabouts throughout the trip.