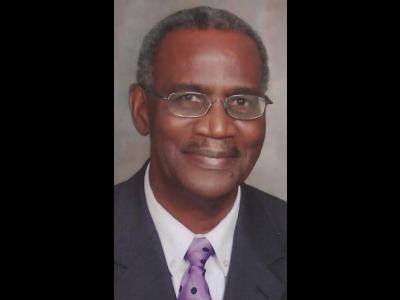 When Peter Spencer enrolled at Columbia Bible College (CBC) in 1963, he made history. Spencer is black. His admission to CBC, now Columbia International University (CIU), made CIU the first institution of higher education in South Carolina to voluntarily admit a black student. Spencer, who attended CIU from 1963-1965 returns to Columbia to address a Chapel service on Feb. 7 at 11 a.m. as part of CIU’s commemoration of Black History Month. The public is invited to attend.

In the early 1960s, as the federal government began to mandate the integration of Southern public colleges, the CIU Board of Trustees was already grappling with the issue in March 1963. According the book, “This Side of Heaven – Race, Ethnicity, and Christian Faith” by Robert J. Priest and Alvaro L. Nieves, the board voted that “in the future no one be refused admission to the Bible College on the basis of race solely,” becoming the first white institution of higher education in South Carolina to voluntarily desegregate.

Spencer, a black Jamaican, began classes at CIU on Sept. 5, 1963. At that time, CIU President Dr. G. Allen Fleece reported to the board, “our first Negro student, Peter Spencer from Jamaica, had the highest recommendation and has proven to be everything we could desire.”

Spencer would go on to become a pastor and missionary statesman in his home country, currently serving as a member of the board of Jamaica Theological Seminary and chairman of the board of the Jamaica Bible College and Community Institute.

In 1964, CIU would accept its first African-American student, one of the first private schools in South Carolina to do so.

Spencer’s Chapel message to the CIU student body will focus on living in harmonious relationships.