I Was a Dead Man Walking 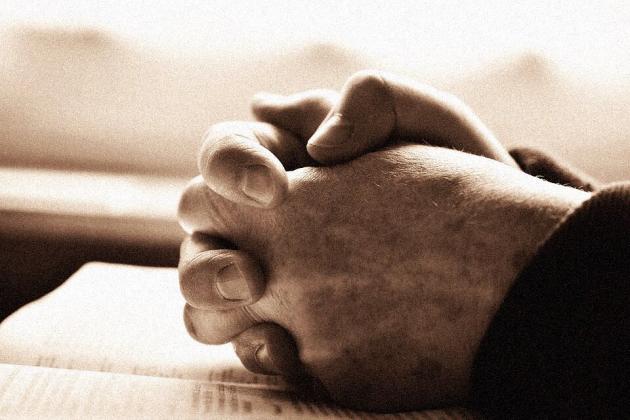 I was a Dead Man Walking

CIU student testifies to the power of the gospel

Dead Man Walking. That is how I describe most of my life.

It didn’t start out that way; in fact, I had a very blessed childhood. My father was the pastor of a holiness church in the Blue Ridge Mountains. My mom stayed at home, taking care of my younger brother and me. There was an abundance of love, support, and most definitely the influence of God’s grace in my early years. But, what do they always say about the preacher’s kids? That was me! Other kids in the church listened to my dad’s words and went on to become something very special. I’ll get back to that part of the story.

As for me, I became an expert on identifying hypocrites, resentful of the rules that made us different from other kids, resentful of time spent at church, and the list goes on.

However, I was not resentful toward my dad. He was the finest man I have ever known. Neither was I resentful toward God. I had witnessed too much, and knew all too well that He is real. Instead, I made a conscious choice to go my own way. I sampled everything that was outside of what was acceptable growing up, and I liked it.

While I have never been a handsome fellow, I had the ability to persuade and could talk to anyone. Soon, I was a sales man, and my ego just blew through the roof!

I was so sinful that every weekend it was my goal to have a good time with partying, drinking, and being with women. My life was a worldly success. I had a great job and made lots of money and could do anything I wanted to do.

My drinking increased to the point that I could down a fifth of vodka without being drunk. I was married for a short time and we had a daughter who I have always loved dearly. My idea of love back then was to buy her anything she wanted.

I became part owner of a car dealership, and I was often absent from home. I was too busy being “successful” which breaks down to recognition, power, and selfish materialistic goals! For over 25 years, I worked 80 to 100 hours a week without a day off. If I tried to enjoy the things that I had earned, one of two things would happen. I would either obsess about work and make the employees miserable, or I would relax by drinking more vodka.

No one could convince me I had a problem. After all, I didn’t drink at work or drive intoxicated. Conveniently, I always had somebody to drive me everywhere I needed to go.

What about my daughter? I gave her a Red BMW when she turned 16. You would think she would be happy. But I noticed that she rarely talked to me. Why? I was too busy, and in her mind, I was always drunk. I thought she was being ungrateful. She just was disappointed in her daddy! It breaks my heart.

I also have the regret of ignoring my mom’s phone calls. I would see her name on the phone, and put it back in my pocket. I was too successful to take her call. I had the opportunity to explain that to her body at the hospital after she died in a car accident.

Trying to Warn Me

Meanwhile, my dad would drive 30 minutes to the dealership to make sure I was OK. When I moved two hours away to pursue another big opportunity, he would call me to ask about the weather. He didn’t care about the weather; he wanted to know if I made it through another night. My dad tried so many times to explain to me that while he was proud of the things I had accomplished, there was no way I could continue to live the way I was. He would tell me, “God will get your attention if you don’t change your ways.”

God had warned me. When I was 33 years old I had two strokes, one of them paralyzed me over half my body for probably a half hour, snapping out of it while being loaded into the ambulance. Looking back on it, I am amazed that God kept on giving me any more chances after that.

After my dad passed away from cancer, any sense of right or wrong, or what’s good in this world, left me. From that point on, everything I did was obsessive until I completely burned my life to the ground!

Finally, a little over two years ago, I overreacted on a professional decision and lost my business. I tried not to think about it for a while, and basically, stayed drunk for six months. After losing everything, I realized what I had done and fell into the depths of an utter self-imposed darkness.

I tried to pick myself up and go back to work and bury myself in it, but I could not find a job. Then, I fell and broke my hip. The doctor told me he could not do surgery because I had Necrosis of the Bones, an alcohol-related condition that required multiple surgeries. Meanwhile, I contracted a staph infection that left me hanging on the edge.

God finally had my attention and I began to understand that if I didn’t give up and reach out for help, it was over. But God has a plan for everybody’s life if we will move out of the way and let Him take over.

Remember I mentioned that when I was a boy that I failed to listen to my dad? Well, a boy at the church was paying attention. That boy was Mark Smith, today the president of Columbia International University. He has always loved me, and called me out when I was wrong. No matter how important he became, or how much he accomplished, he was just a phone call away and would pray for me and try to lead me to Jesus.

He called me many times over the years and I often knew it was at the prompting of the Holy Spirit because I would be right in the middle of something bad. He and his father, who was like a brother to my own father, were there at my first surgery and prayed with me. He just wouldn’t let go of me.

When I reached the bottom, I cried out to the Lord and said, “Please Lord, do something for me. I can’t live like this.” God instantly delivered me from 30 years of alcohol. I joined a 12-step program, and have faithfully attended.  The leaders are solid Christians who have taught me about Jesus. Additionally, Mark Smith has taught me how to pray the right way.

One more thing about my friend Mark Smith. I remember being  months sober but almost at the breaking point, and Mark telling me that he needed me to come down to Columbia. He spent time with me and helped me get a job. His love was what probably saved my life because from that moment on, I have felt like I have been in a safe place. Every day of my life I get up and ask God to take my will and give me His, and I will follow.

I have been clean and sober for over a year and I am now sponsoring men in a 12-step addiction program. I have also enrolled full time in CIU online, carrying a double load of hours as I seek a degree in addiction counseling. I’m going to receive that degree about the time I had always planned to retire. But there will never be retirement for me now, as I intend to use every day that God gives me on earth trying to give back what the amazing grace of God has given me.