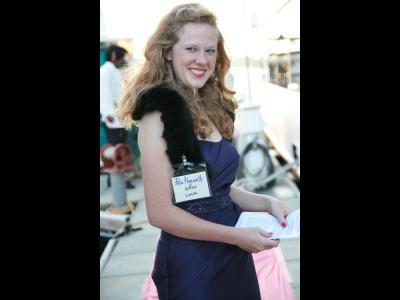 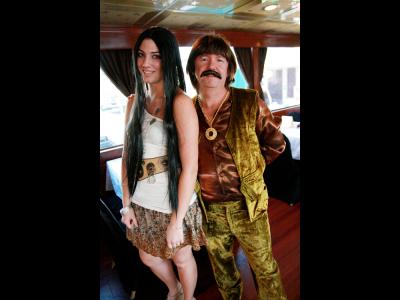 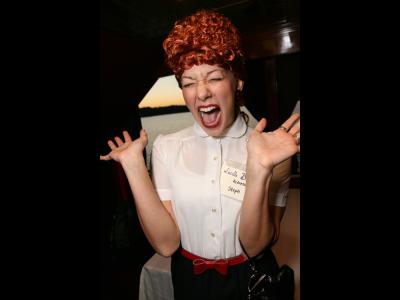 Below is a first-hand account of Columbia International University's 2011 Senior Class Murder Mystery Party - an annual event planned by the students. This year each student played the role of a famous person of the past.

My name is Rita Hayworth, and for those of you who don't know, I am an American actress from the 1940s. I also married royalty, making me a princess in every way. This past weekend a tragedy happened aboard the yacht "Catching the Spirit," on Lake Murray. Jerry Oilman, a wealthy friend of the rich and famous, invited about 70 or so guests aboard his yacht for a "red carpet" affair. I was delighted to see characters like President Kennedy, Patsy Cline, Frank Sinatra, Groucho Marx, John Wayne, and even Marylin Monroe dressed in their finest. Jerry also invited some less than savory guests, but not anyone I thought would be capable of performing such a tragedy that followed...

Upon the arrival of the guests, we were informed of dear Jerry's death! He had been found in the galley, killed by a blow to the back of the head. Everyone on the yacht was suspected. Some of us knew more than others, but everyone was told to mingle and share information. It came out that quite a few people had grudges against Jerry, and motive was not lacking on my part either. Jerry had treated me with rather harsh prejudice after I married Prince Aly Khan.

Occasionally one of our hosts would interrupt the mingling with new information such as the coroner's report, the last will and testament of Mr. Oilman, or a table full of evidence. After a few hours of hors d'oeuvres, enjoying the sunset and stars, and eyeing everyone, we were called to the lower deck of the boat. Accusations were made and alibis given, but in the end only one person was found guilty and apprehended. I won't tell you who it was but, just so you know, I maintain my innocence in the whole matter.