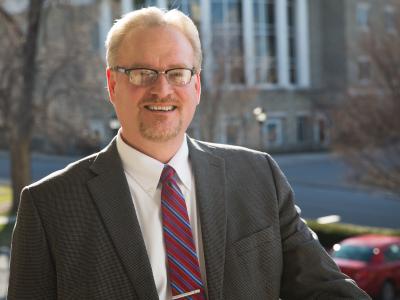 Dr. Rick Christman has been named the executive vice president of Student Services and Online Services at Columbia International University.

Christman comes to CIU from Trevecca Nazarene University in Nashville, Tennessee where he served as the academic dean and associate vice president for the School of Graduate and Continuing Studies (SGCS), the fastest growing school within Trevecca, which is one of the fastest growing universities in the state of Tennessee.

Christman is a graduate of God's Bible School and College in Cincinnati, earning a Bachelor of Religious Education (B.R.E.), and a graduate of Indiana Wesleyan University, earning two master’s degrees; an M.A. in Advanced Leadership Studies and an M.A. in Ministry. Additionally, he earned his Doctorate in Education (Ed.D. in Organizational Leadership) from Indiana Wesleyan University.

Overall, Christman has served 14 years in Christian higher education as a professor and administrator, and has ministered for over 23 years in the Wesleyan Church as a pastor and educator. He also has experience in the printing industry including plant manager of Foster Business Forms and Foster Commercial Press in Columbus, Ohio.

Christman leads with a passionate, conservative voice, caring for both the institution he serves and the people who serve with him. He understands the critical need for Christian higher education and the need to preserve and to instill Christian values and ideals into students from all walks of life and at different stages of life.

Christman calls it an honor to join the CIU team.

“In this role, it will be my goal and deliberate intent to serve students on their educational journey, preparing and empowering them to fulfill the Great Commission in whatever field they serve,” Christman said.

Columbia International University ranks #1 among colleges and universities in South Carolina by BestColleges.com. Excitement is growing on campus with CIU’s first baseball program in development and a major renovation of the CIU Dining Hall. Request information on enrollment at CIU and Columbia Biblical Seminary or call (800) 777-2227, ext. 5024.