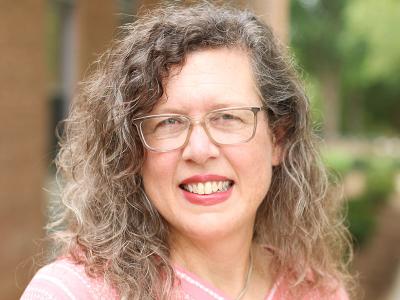 The College of Arts & Sciences continued “Responses to Injustice” seminars with the latest viewpoint coming from Associate Professor of Psychology Dr. Paula Whitaker. Her topic was Social Justice Through Empathy.

“We may think we’re being empathetic but we’re really seeing things from our point of view,” said Whitaker.

Whitaker began the seminar by showing emotional videos from the devastation of Hurricane Katrina in Louisiana in 2005, and a 1927 flood that hit the same area. In the video, survivors were pleading for help nearly bringing Whitaker to tears. The footage forced the viewers to step into the lives of those impacted to show true empathy.

“It’s interesting how human nature tends to make us not want to stop for other people,” said Beth Smith, a Psychology major. “But one of the points (Dr. Whitaker) was making is that as Christians we’re called to stop. Doing that goes against human nature so we have to be really mindful to do that.”

Whitaker went on to discuss steps that believers can take to foster social empathy: Exposure, explanation and experience were the key points, but it starts with being honest with oneself.

“We have to get out of our comfort zone if you’re going to meet people different than you,” Whitaker said.

That brought a response from Smith.

“Sometimes I just need to get over myself to show empathy,” Smith said. “It could be a situation where I feel uncomfortable, so I don’t do it. So it’s about getting over myself so I can go do it.”

Whitaker used an experiment from Chicago University to urge the audience into action. The study found that rats were able to show empathy by completing a challenge and going back to help the other rats get the prize.

On a final note, Whitaker used Romans 12:15-16a (Rejoice with those who rejoice, weep with those who weep. Live in harmony with one another) to show how Scripture encourages empathy.

“I don’t think it’s a mistake that Scripture puts empathy and harmonizing next to each other,” Whitaker stated.