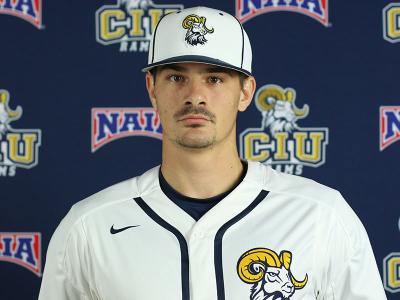 The CIU Rams baseball team has its first Appalachian Athletic Conference (AAC) Player of the Week.

Austin had four home runs over the course of the week, with two coming in CIU's doubleheader wins over Carolina University and two coming in the Rams 8-4 win over Bryan. Austin had a whopping nine hits and ten RBI's on the week with a .409 batting average and 1.000 slugging percentage.

Head baseball coach Jonathan Johnson says Austin has been a huge addition to the Rams with his bat in the middle of the lineup.

“Add in how great he is behind the plate and his ability to pitch when needed, and you have a game-changer for our program,” Johnson said.

Austin is no stranger to accolades as the Summerville, South Carolilna native was named a 2020 Preseason NAIA All-American while he was a member of the Georgia Gwinnett baseball team.