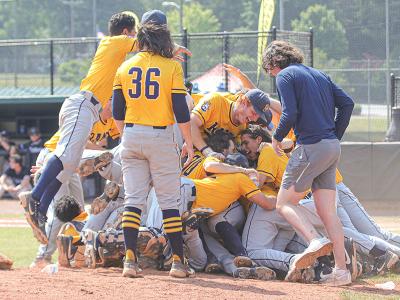 The Rams swept their way through the Series, going undefeated throughout pool play, the semifinals, and championship. Coach Jonathan Johnson founded the CIU baseball program in 2020, but their inaugural season was cut short due to COVID-19 making 2021 their first full season. The Rams went a perfect 20-0 against NCCAA member schools in 2021 to top off their historic season.

See the complete story on the game at the CIU athletics website, and watch video highlights. And check out the coverage from News 19 WLTX TV in Columbia.

The Lexington County (South Carolina) Blowfish of the Coastal Plain League, honored Johnson with "Jonathan Johnson Day" on May 29. Johnson is a former Blowfish head coach.