The Rev. P.T Chandapilla with the Lord 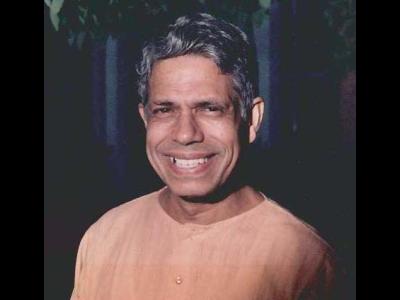 Columbia International University 1988 Alumnus of the Year, The Rev. P. T. Chandapilla went to be with the Lord on Dec. 7 after a long illness. He was 84 years old.

Chandapilla, a 1955 graduate of CIU, then called Columbia Bible College, was a missionary pioneer and theological educator in his home country of India. He founded and led a number of ministries for the poor, disenfranchised, and blind. He was founding general secretary of InterVarsity in India, through which many university students in India came to know Christ and grow into church leaders. He was vicar general of St. Thomas Evangelical Church, a denomination of 250 churches, and president of the board of management of Jubilee Memorial Bible College in Madras, India. At one time, he served as general secretary of the Foundation of Evangelical Churches of India. His ministry had a wide impact in bringing Indians to Jesus Christ and challenging them "To Know Him and to Make Him Known," the motto of his alma mater, CIU.

For reflections on the life of P.T. Chandapilla from CIU President Emeritus Robertson McQuilkin go to:http://pilgrimservant.gospeldomain.net/video-gallery/dr-robertson-mcquilkin-jr-columbia-international-university