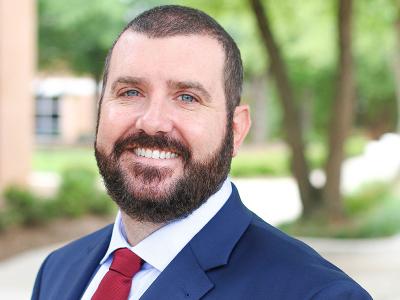 The dean of Columbia Biblical Seminary at CIU, Dr. David Croteau is one of 42 contributors to the new NIV Grace and Truth Study Bible. Croteau provides the study notes for the book of Galatians. The general editor is Dr. Al Mohler, president of The Southern Baptist Theological Seminary. Mohler calls the contributors “wonderful teachers of God’s Word.”

“Each of them took time from other pursuits to join in this effort, bringing their pastoral, biblical, and theological skills to this study Bible, Mohler said. “Without them, this study Bible would not exist. With them, we shared the joy of helping God’s people to understand the Bible more deeply.”

Croteau, who is also a professor of New Testament and Greek, discusses his role in the NIV Grace and Truth Study Bible, and the uniqueness of the NIV translation, in the following Q&A.

What does it mean that you contributed the notes on Galatians?

When a publisher decides to make a study Bible, they seek out a team of scholars and pastors to write the study notes for each book in the Bible. The associate editor of the New Testament, Dr. Ben Merkle, approached me and asked if I would write the notes on Galatians. I wrote the comments on the verses in Galatians, and Dr. Merkle (and surely others) then edited them into their final form.

Why were you selected for comments on the book of Galatians in particular?

As I was preparing for a project in Galatians I immersed myself in the book. I spent a little over a year in intensive study on the book of Galatians. Specifically, I read the Greek text daily for about 13 months until I had read through the entire book 100 times in the Greek. I missed about 10 days during that 13 months. Dr. Merkle was aware of my study in Galatians.

What is the central message of Galatians?

Borrowing from a friend of mine, the main theme of Galatians is that both Jews and Gentiles are justified by (and continue to live by) faith in Christ, not by the works of the law.

What is unique about the NIV translation?

The NIV seeks to provide an accurate and readable translation. Some translations try to stay with the original structure of the Greek and Hebrew sentences which can, at times, create awkward English translations. Other translations opt for more of a paraphrase of the original. The goal of the NIV is to have the same impact on the contemporary reader as the original text had on the ancient reader. It is so popular because it is accurate and easy to read. Most Christians, when they think of the NIV, think of the 1984 version. However, the updated version in 2011 made many improvements over the 1984 version. (For more information on the history of Bible translations, see my chapter titled “A Short History of Bible Translation” in the book “Which Bible Translation Should I Use?” published in 2012 by B&H Publishing.)

What is unique about this study Bible in particular?

First, every contributor is unwavering in their commitment to evangelical steadfastness and the notes are focused on painting the picture of God’s redemptive plan which was ultimately revealed in the gospel of Jesus Christ.

Second, not only is every contributor committed to evangelical theology, we are all Reformed in our soteriology and complementarian. By saying we are Reformed, this means we all believe in the doctrines of grace in terms of how God saves His people. By saying we are complementarian, this means that while we believe men and women are both justified by faith in Christ, God has designed us for different roles in the home and the church. While being equal in worth and value, we are created for different responsibilities. God created men and women differently, and we should embrace those differences.

In what ways can Galatians be especially helpful to the church in 2021?

First, every Christian is justified by faith in Christ, no matter their ethnicity, their gender, or their socio-economic status. Some of the divisions that we currently see in the church in the United States could be alleviated if we truly meditated on this truth and allowed it to permeate us. We allow these differences between us, differences that should be celebrated, to cause disunity. While the Jew-Gentile ethnic divide might not be the biggest issue confronting the evangelical church in America today, ethnic divisions do exist. And the first step (though not the only step) toward the cure is recognizing that all ethnicities are justified in the exact same way. This same concept applies to the way some men treat women as second-class Christian citizens. While the Bible defines the roles of men and women differently, we are all children of God and deserve to be treated with honor and respect.

Second, while there are false teachers that say that works of the law is what justifies people before God, the greater danger for many Christians is that while they intellectually know that only faith in Jesus justifies them, they live like their salvation is dependent upon their own works. The gospel is not simply something unbelievers need to hear. Christians need to be consistently reminded that that we are justified by faith, and we continue to live the Christian life by faith. Otherwise, we can start depending upon on own works to make us righteous in God’s eyes.