STORYBOUND: Children’s Fantasy from the Pen of CIU Alumna

STORYBOUND: Children’s Fantasy from the Pen of CIU Alumna 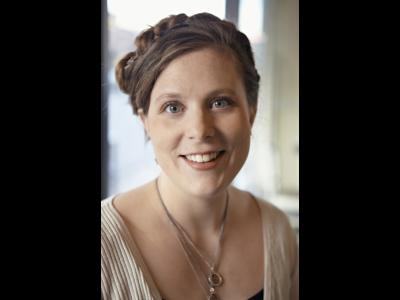 Una Fairchild is a 12 year old who stumbles upon a mysterious book buried deep in the basement of her school library.  When she opens the cover, she finds herself transported to the magical land of Story.  In that land are scores of fantastical creatures, magical adventure and heart-stopping twists – because if anyone discovers Una’s true identity, she could be in grave danger.

Una and the land of Story are the imagination of Columbia International University alumna Marissa Burt, a 2006 graduate of CIU Seminary & School of Ministry.  Her book “STORYBOUND” was published this spring by Harper Collins.  “Publisher’s Weekly” reviewed “STORYBOUND” and said:

“An appealing fantasy.  Strong writing and interesting characters make Una’s journey enjoyable, and the overall result will have readers on the lookout for the planned sequel.”

The planned sequel is “STORY’S END” to be released in April 2013.

Marissa Burt lives in the Seattle area with her husband and three sons.  Learn more about “STORYBOUND.”