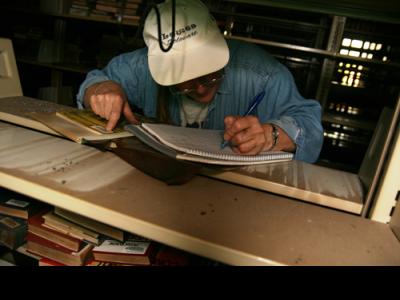 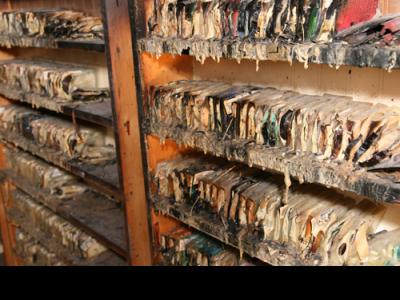 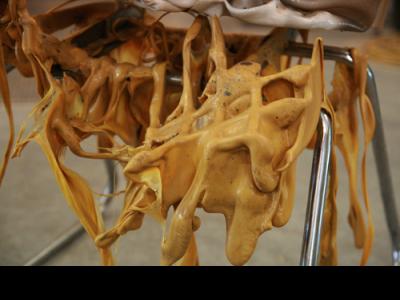 Columbia International University junior Johnisha Campbell had a lot on her mind. Finals week was coming up, her husband Patrick was to graduate in a week from CIU Seminary & School of Missions, and now it was time to pick up her five-year-old son P.J. from school. So when she hurried from the CIU library on Friday, May 7, she left behind her flash drive - with important finals week homework on it. The next morning, a $2.5 million fire did extensive damage to the library - with the flash drive somewhere inside.

But it wasn't until she received an e-mail from a CIU staff member that she realized the flash drive was left behind. It was found during cleaning.

"The metal of my flash drive is slightly bent and it smells like smoke, but God was faithful and preserved all my hard work," Campbell said. "I truly believe this is also true for our library. Although it was damaged, God is faithful and will bless us more than we could imagine."

That is also indeed the hope of the CIU administration. At the May 15 commencement exercises, CIU President Bill Jones announced that the library will not just be restored, but will undergo a $2 million renovation.

The library fire was caused by an electrical problem in a florescent ceiling light. No one was injured in the blaze that started in the early morning hours when the library was closed. The fire was concentrated in a vital section of the library. Many rare Bible translations, Bible commentaries dating to the 1800s and other theology books were a total loss. All other books have smoke or water damage and are being restored by a company that specializes in book restoration.

CIU Library Director Jo Ann Rhodes says it may be a year before renovations are completed, but no official target date has been set.

No donations of books are being accepted at this time because the library does not have a climate-controlled space to store them. Plus the library is still in the process of determining what has been lost from its collection. Bob Kallgren, CIU vice president for institutional effectiveness says that when actual losses are evaluated, the library will better know what it needs.

"We are deeply touched by the hundreds of offers of donations and other assistance," Kallgren said.

"We will make an announcement when we are able to process offers of donations in the future."

In the meantime, monetary donations designated "Library Restoration" are being accepted.