Columbia International University alumnus Dr. Michael Johnson once wrote that CIU “provided a vision of education that has shaped even the smallest details of my experience.”

Johnson’s vision of education brought him to the highest level in Alaska where he has served as commissioner of education since 2016. Now Johnson’s career has come full circle. He’s returning to CIU with an opportunity to impact education leaders of the future.

“From the moment he stepped into a classroom, Commissioner Johnson has been a true asset to Alaska’s public education system,” Dunleavy said in a news release. “His accomplished background in a rural Alaska school district gave him a unique perspective to be a successful and thoughtful leader.”

Johnson, who grew up in Georgia, previously served in Alaska as a superintendent, school principal, district curriculum and staff development director, elementary teacher, and special education program assistant. He holds both a bachelor’s degree in Bible (’94) and a master’s degree in elementary education (’97) from CIU, and a doctorate of philosophy in education and intercultural studies from the University of Alaska Fairbanks.

A close associate of Johnson is South Carolina's Superintendent of Education Molly Spearman. She has served with him on the board of directors of the Council of Chief State School Officers where she has "observed his steady leadership skills."

"I am thrilled that Michael Johnson will be joining CIU and the South Carolina family," Spearman said in a statement. "He is regarded as a mentor and friend to state educators across the United States. He will do a magnificent job in his new role at CIU."

Early in his college career Johnson was studying for the ministry, but was also interested in education. That’s when he received counsel from a revered CIU professor who has since passed away.

“In his wisdom, Professor Cliff Bedell assured me that serving as an educator was entirely in keeping with God’s call to serve Him in ministry,” Johnson said in a 2019 interview. “Over a meal in the cafeteria, Professor Bedell graciously encouraged me to pray and follow God’s leading.”

For Johnson, tackling the many challenges he faced as Alaska’s education leader, are part of a calling that began at CIU with an education from a biblical worldview

“In all of life, CIU taught me to be very intentional and committed to a biblical worldview, whether that be in the family, whether that be in my work as a teacher,” Johnson said. “That really shaped who I am, even when I was in the classroom, I knew that I had to be intentional about my classroom philosophy and view of the world. I had to be very deliberate about it.” 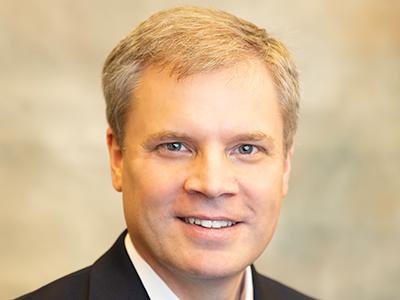