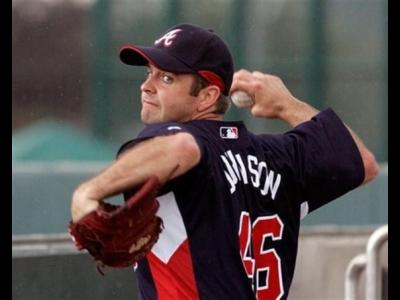 Columbia International University is excited to announce that former Major League pitcher Jonathan Johnson will be the head coach of the new CIU baseball program scheduled to begin in fall 2019.

Johnson played professional baseball for 10 years, six of those years with four major league teams. He was drafted in the first round, seventh overall, by the Texas Rangers in the 1995 amateur draft. He also played in the majors for the Houston Astros, San Diego Padres and in the Atlanta Braves system.

Johnson is known in the Columbia area for coaching at the high school level for six years, first at Dutch Fork High School and at Ben Lippen School, CIU’s Pre-K to 12th grade Christian school. He was head coach for the summer collegiate team, the Lexington County Blowfish for five seasons. For three years Johnson served as recreation minister at Riverland Hills Baptist Church in Columbia.

CIU President Dr. Mark Smith says that Johnson is a great fit for CIU because he not only has professional baseball experience, but also a deep heart for ministry.

“As he has coached the last few years, he has helped place 33 players in the Major League Baseball Draft,” Smith noted. “He is also leading a ministry that reaches several thousand Cubans for Christ each year. God has gifted us for this moment.”

Meanwhile, CIU is fundraising for $1 million toward a new baseball field. Those interested in joining in this exciting opportunity should call Dr. Mark Smith at (803) 807-5039.