Steven Curtis Chapman and Laura Story to Perform at Homecoming

Steven Curtis Chapman and Laura Story to Perform at Homecoming 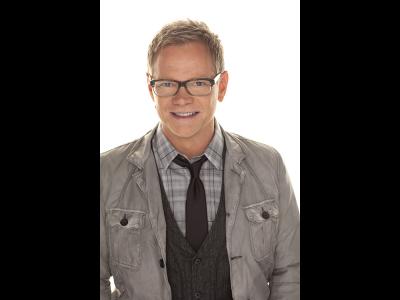 The tour follows the release of Chapman’s latest record, “The Glorious Unfolding.” The project is the 18th album of his career and his first full-length studio album in seven years. It centers on the truth that God is at work telling a story through the wonderful and amazing as well as the painful and difficult chapters of our lives. That’s something Chapman understands following the 2008 death of his five-year-old adopted daughter Maria Sue. She was accidentally hit by Chapman's son after she ran into the path of his SUV in their driveway.

“As I’ve journeyed through this story, I’m more convinced than ever that God does know the plans that He has for us and He will finish what He started,” Chapman said. “God is telling an amazing, glorious, epic story. We have to decide if we will trust Him with it.”

Laura Story is a 2003 graduate of CIU who grew up in Spartanburg, S.C. She won a Grammy in 2012 for her song “Blessings,” a song she says she’ll sing at the concert. Story also plans to perform songs from her latest album, “A God of Every Story.”

“I am more excited about this album than I've ever been about any other collection of songs,” Story said.

Joining Chapman and Story will be Jason Gray singing tunes from his current release, “A Way to See in the Dark.”

While the concert is a part of CIU’s 90th Anniversary Homecoming, it is open to the public. Tickets are available at the website of CIU radio station WMHK.

Learn more about what is going on in Laura Story's Life at: http://www.ciu.edu/newsstory/ciu-alumna-laura-story-comes-home-concert.