Counselor Rebekah Schlottman and her colleagues had prayed that God would give them an understanding of what the people of war-torn Ukraine were going through. That prayer was answered in an unnerving way when they were staying just outside the city of Lviv.

“The city we were staying in was bombed while we were there. We heard the air raid sirens,” said the 2019 alumna of Columbia International University’s Master Arts in Clinical Counseling program. “It was an incredibly sobering experience because it gave us a taste of what the Ukrainians experience every day.”

Schlottman, who does her counseling from the offices of Carmel Counseling Center in Matthews, North Carolina, has made two trips with fellow Christian counselors to Ukraine and Poland since the war began, training local church members on how to assist those traumatized by the war.

“I was really, really humbled by the Polish people and their generosity and their welcoming spirit toward Ukrainian refugees,” Schlottman said in a phone interview.

Her group also partnered with a Ukrainian Baptist seminary that cancelled classes and turned their facilities into a refugee center as people moved about the country searching for assistance with daily needs and safe spaces.

“We held encouragement seminars, meeting with the (seminary) staff and volunteers who were working with the refugee effort,” Schlottman said. “At that point they were very exhausted and very weary. We focused on encouraging them and supporting them.”

She had opportunity to counsel refugees herself, always ready to listen first.

“I recognize that I have not lived through a war — I don’t have that experience of living in constant uncertainty and the inability to make long-term plans because I don’t know if my city will be here tomorrow,” Schlottman said. “It’s important to me to have a spirit of humility. There is a lot I don’t understand.”

But what she does understand is that in a time a crisis, people need to take time to rest.

“When you are in crisis, it can be very, very challenging to recharge and rest, especially if there are bomb raid sirens going off at unexpected hours of the day,” said Schlottman, who noted the resilience of the Ukrainian people.

“I’ve been so humbled to see the ways that Ukrainians are so resilient and so persistent.”

Schlottman is thankful for her CIU training that prepared for this kind of ministry.

“I really appreciated how the program at CIU integrated faith with clinical counseling,” Schlottman said. “It was really integral to these trips.”

CIU is celebrating 100 years of its mission to “educate people from a biblical worldview to impact the nations with the message of Christ." The university consistently ranks among the Top Regional Universities in the South by U.S. News & World Report, as well as a Best Value Regional University in the South. Apply now or request information on enrollment by contacting Admissions at (803) 807-5024 or admissions@ciu.edu. 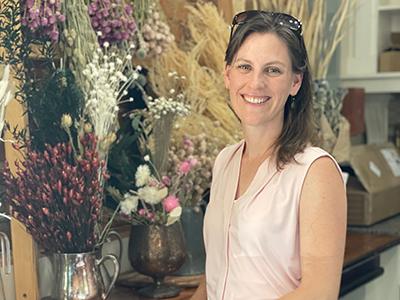