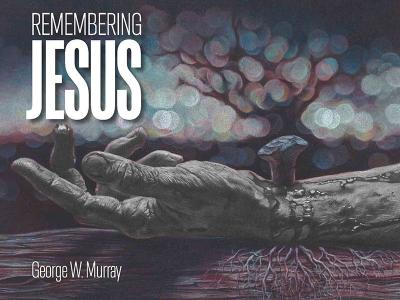 The shocking news was first released by “Relevant” magazine in a September 2020 article titled: “Report: A Third of American Evangelicals Don't Believe Jesus Was God.”

This news was based on a nationwide study from Ligonier Ministries in partnership with LifeWay Research published at stateoftheology.com. Upon hearing this news, the leaders of William Carey Publishing contacted former CIU president Dr. George W. Murray, who has written and preached biblically, extensively and persuasively about the divinity of Jesus Christ for decades. The result is the publication of a 32-page booklet written by Murray titled “Remembering Jesus.”

"We must remember Jesus,” writes D.G. Wynn, the director of publishing for William Carey Publishers in the forward to the book. “That is why we are bringing you this winsome narrative by George W. Murray, who skillfully weaves story, Scripture, and hope into a tapestry of truth for evangelicals in America and everywhere else."

Large and small churches alike across the United States have purchased large quantities of this powerful booklet to distribute to their congregations, and can be ordered online at missionbooks.org.