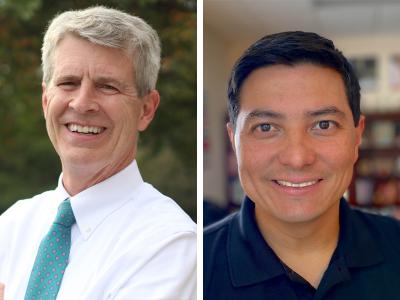 For decades, Columbia International University Chancellor Dr. Bill Jones has been serving alongside and training young leaders in planting multiplying churches among the unreached.

Jones, a 1991 CIU alumnus and former CIU president, is the chairman of the missions agency Crossover Global, which he co-founded in his basement in 1987 along with Dr. Joao Mordomo. Jones was 32 years old at the time, Mordomo was just 19. Now, Jones also serves alongside the new president of Crossover, CIU alumnus Ken Katayama (Class of 2011). He was only 19 when he joined the organization and 25 when he became a leader.

Jones’ training of young leaders caught the attention of the Lausanne Movement, which has historically sought out young leaders for global mission.

Read the article, “Planting Multiplying Churches among the Unreached,” at the Lausanne website.

BestColleges.com ranks Columbia International University the 2020 Best Online College in South Carolina, and CIU is #2 in the state for Best College Campus. CIU also consistently ranks among the Top Regional Universities in the South by U.S. News & World Report. Request information on enrollment at CIU and Columbia Biblical Seminary or call (800) 777-2227, ext. 5024.