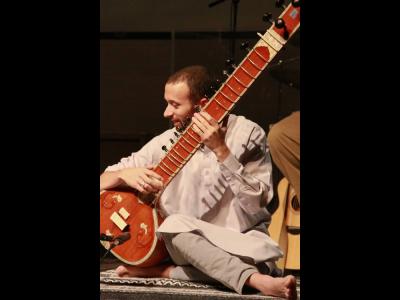 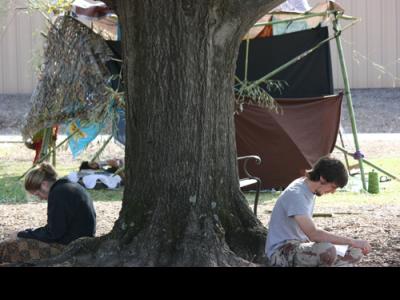 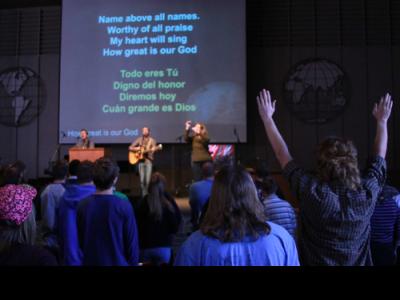 “God’s Plan, Your Part” was the theme of this year’s World Christian Week, an annual conference emphasizing CIU’s core value of World Evangelization.  Chancellor George Murray was the featured chapel speaker, with his wife, Annette, addressing the students on Wednesday.  Through a series of simple messages on God’s heart for the world, Dr. and Mrs. Murray challenged students to be obedient to His calling on their lives.

“The disobedience of God’s people is keeping the world from being evangelized,” explained Dr. Murray.

Students were given the opportunity to respond to chapel messages by committing to pray daily for one of the unreached countries where CIU alumni are not currently serving, to become more involved in sharing their faith here and now, or to train for a vocation that will open doors to an  unreached country or people group.

In conjunction with daily chapel messages, worship was led by Proskuneo, a band which “promotes unity in the body of Christ through multicultural, multilingual worship gatherings.”  A jam session with Proskuneo took place on Wednesday night in the Moore Fitness Center, as students brought their own instruments and joined in some unplugged acoustic jamming.  Proskuneo held a worship concert, which was open to the community, on Friday evening.

In addition to daily prayer times after chapel, a prayer tent was set up on campus and students were encouraged to sign up for a 20 minute slot in which they would pray for one country.  From 7 a.m. until midnight Monday through Friday, students were in the tent praying specifically for every country in the world.  By midnight on Friday, CIU students had prayed for the entire world in five days.

God’s plan of discipling the nations was clearly explained, and students were given various opportunities to consider how God might want to use them in that plan.  Fittingly, the week ended with a challenge from John 2:5 – “Whatever He says to you, do it.”